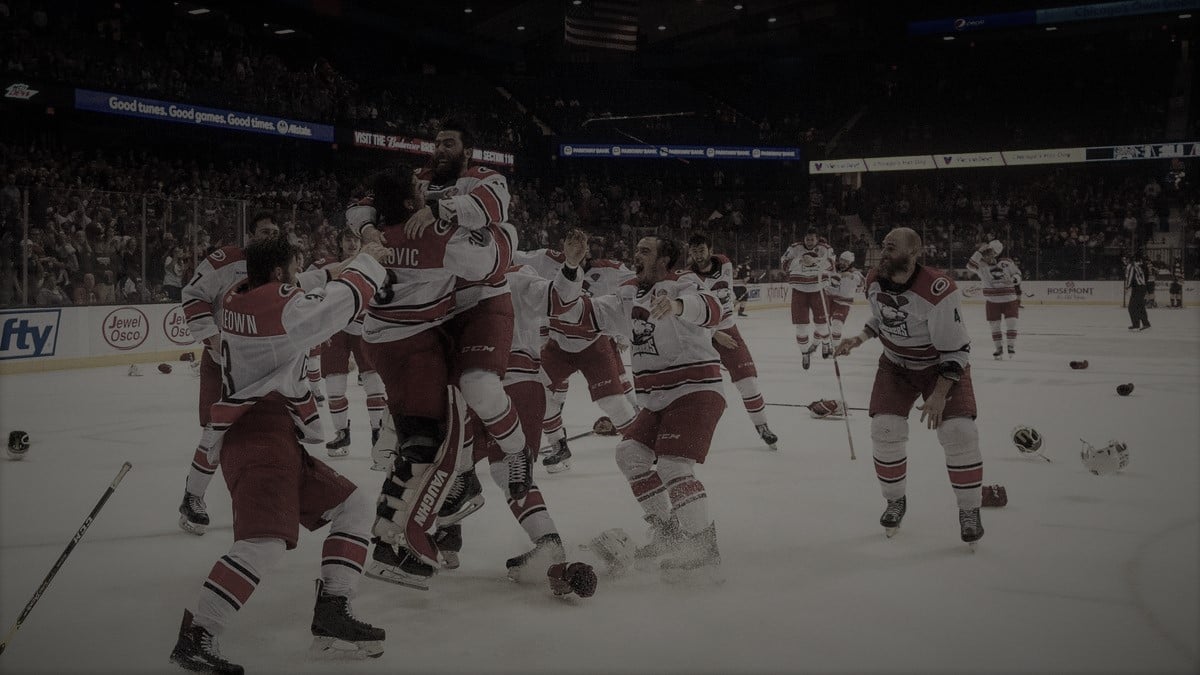 Charlotte Checkers Win Big Both On and Off the Ice

Challenge: The 2019 Calder Cup playoffs presented a great opportunity for the Checkers to better engage their fanbase. The team’s innovative business office was looking to increase the fan profiles in their database and to leverage data and personalized communication to drive new revenue.

Result: Just during the two month playoff period alone, the Checkers increased their “identified” fan database by 7%, sold about $5,000 worth of tickets, as well as over $7,000 in incremental corporate partnership sales. 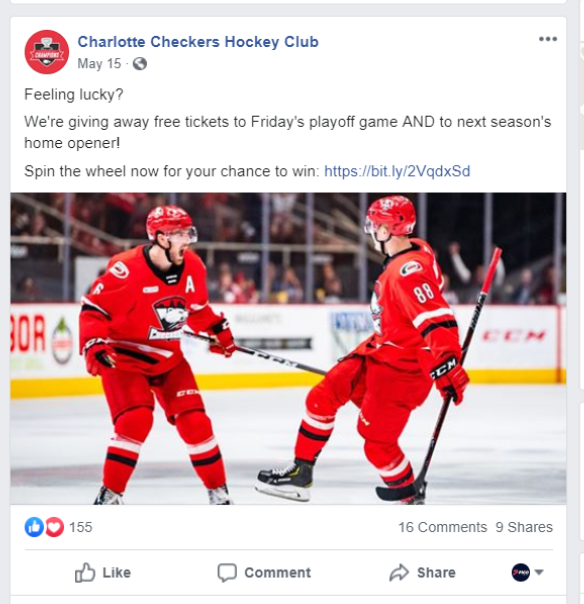 One of a wide-variety of Pico powered activations that the Checkers ran during the playoffs.

ow? Over the playoffs, the Checkers ran four unique activations in addition to the general activations they ran each home game (e.g. pre-game first goal vote, shorthand goal instant coupon, Wednesday win for free ticket, etc.). Each of these sponsored activations, which included a pattern memory game, a Spin-the-Wheel and other unique games, saw great engagement across Facebook Messenger and Twitter DM. They also conducted three push activations that were sent to specific, segmented fans that their marketing team determined would have a greater interest in special ticket offers.

Paul Branecky, VP of Marketing and Communications for the Checkers who recently won the AHL's Ken McKenzie award presented to the team executive who most successfully promotes his or her own club, commented, “Having that more personalized database and being able to reach people on the platforms that they are already on has been a huge benefit to us. Email marketing has very low engagement and open rates. But, when you reach out through personal messaging over the channels that fans exist such as Facebook , it’s immediate and people are more willing to engage.”

Another benefit the Checkers saw over the course of the season was the ability to ease the cost and burden that triggered activations caused. In the past, the team was paying to print coupons for events such as “free burger for a shorthanded goal.” It also caused a major headache when their activation team had to quickly mobilize to be ready to hand out the coupons at the exits. With Pico, they have been able to reduce the manpower and printing costs by easily and quickly distributing them directly to their fans’ mobile devices.

Going forward, the Checkers are looking forward to expanding their usage of Pico. Branecky is planning to make sure their fans have the ability to engage on even more channels by running embedded activations on their mobile app, website, and SMS. Their corporate partnerships team also has thousands of dollars tied to Pico activations out in proposals, which they expect to close for next season.

Want to hear what the Paul Branecky has to say about working with Pico? Click here to watch

Josh Jacoby serves as Pico's Director of Business Development & Marketing. He previously worked in marketing partnerships for The Madison Square Garden Company. Josh holds a BA from Yeshiva University, a MBA from NYU's Stern School of Business and a MS in Sports Management from Columbia University.