The Portuguese Football Federation are Building Relationships with Digital Fans

"The partnership with Pico has allowed us to transform anonymous fans into real fans, while engaging them on social media..."
Estela Lucas, Manager of Fan Intelligence

European champs, The Portuguese Football Federation (FPF) are responsible for the coordination, promotion, and development of football in Portugal, from grassroots to the country’s National team. FPF has partnered with Pico to build and create closer relationships with their fans across the world. With more than 5 million+ fans across their digital channels, they’ve recognized that relationships with both their global and digital fans are as important as the relationship with fans in-stadium. In recognizing that, they took to social media with Pico technology.

Through running a variety of digital activations that consist of fun, engaging games, over the course of 3 months FPF has seen over 16,000+  fans participate and play, with an average Click Through Rate (CTR) of 15% and a Completion Rate of 57% across all activations.

Through each activation, that spanned the course of 3 months, the Portuguese Football Federation was able to identify over 9.6k previously anonymous fans that now live within their fan database. Out of those 9.6k newly identified fans, over 5,200 of them opted in to receive additional news and other marketing materials from the team. With Pico technology, the Portuguese Football Federation was able to decrease their cost per lead by 75%.

Through fun and engaging activations, the Portuguese Football Federation was able to create a unique experience for their fans, while at the same time build out their own database with robust fan profiles. Check out the data below! 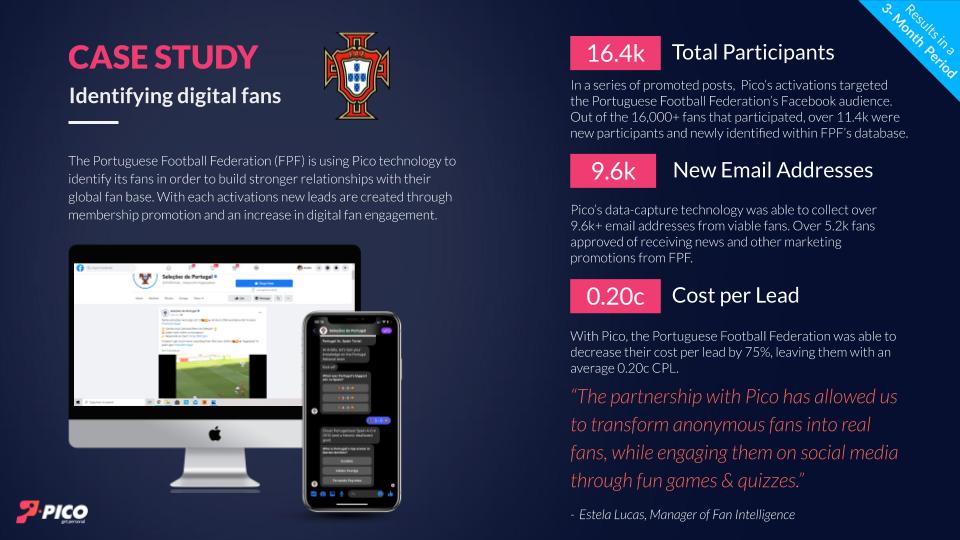 Want to hear what our clients have to say? Check out our client testimonials here. 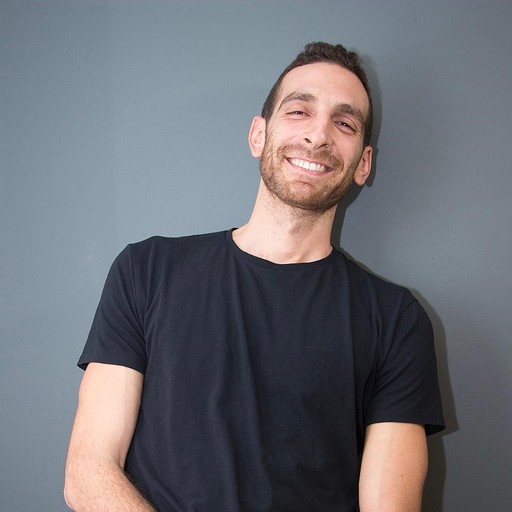 A basketball player and fan for all of my life. Israeli-Argentinian, bringing academic and professional experience from the US to Pico. Very passionate about sports (especially basketball), innovation within the industry, and the challenge of learning new things.