A New Way to Interact with Fans: Legalized Sports Betting

Legalized sports betting is becoming one of the most liked and sought-after forms of entertainment for sports fans. As this trend continues to rise in popularity, teams and organizations look for new and creative ways to engage their fans.

With its popularity growing at an exponential rate around the world, and its legalization in twenty-two states and counting within the United States, sports betting is beginning to change the sports viewing landscape by creating a new way for fans to engage with teams and organizations.

As a fan of Los Angeles sports, I would never have expected to watch a regular-season basketball game between the Minnesota Timberwolves and the Atlanta Hawks, but a minuscule $15 bet had me fully engaged and on the edge of my seat for the entirety of the game. After Hawks’ star, Trae Young, had an impressive performance in their win, thus helping me win my bet, I gained a newfound attachment to Young and the Hawks. Strangely enough, a week later I found myself on the Hawk’s website buying a Trae Young jersey, and as weird as it may sound, that is the potential power that sports betting can possess.

Two trends arising in sports that are not mutually exclusive, but could impact each other, are the decline of viewership numbers and the increase of legalized sports betting. One reason for a decline in viewership is the newest generation of consumers, Generation Z. Gen Z has an average attention span of eight seconds, which is a statistic that hurts growing fan engagement. Despite this number, Gen Z has led a surge of sports betting and activity surrounding that form of fan engagement; a report by Whistle Wise found that 83% of those in Generation Z said that the ability to bet on a sports league makes them more likely to be a fan of the league.

The popularity of sports betting, primarily in America, is increasing drastically; for example, there has been an increase in betting communities and groups on platforms such as Reddit, with ESPN even creating its own sports betting-themed program that is run regularly to appeal to the gambling community. According to the American Gambling Association, sports betting revenue increased 127.7% in February from a year ago and is up 155.9% through the first two months of the year. Commissioners and important governing figures of prominent leagues are beginning to notice the importance of engaging fans through sports betting. In 2017, NFL Commissioner, Roger Goodell, announced on behalf of the NFL that “we strongly oppose legalized sports gambling,” yet four years later in 2021, his stance seemingly flipped as he stated, “We’re going to find ways we can engage fans through legalized sports betting.”

Onboarding a new generation of fans

Embracing legalized sports betting provides mutually beneficial opportunities for fans and sports, and can attract new segments of fans who will tune into events. Gambling on sports and specific games helps bridge the fan closer to the team, while also enhancing his or her overall experience in viewing sports. As a generalization, there tend to be three overarching archetypes of sports fans: the diehard fan who shows the most engagement and participation with the team or sport, the standard fan who will follow the team and occasionally consume its products and services, and the casual fan who will minorly follow or interact with the team or sport without much consumption of its product.

Sports betting allows for teams and organizations to interact with and engage fans from each of these general demographics, creating an overall enhanced fan experience for every construct of a fan. One Association that has publicly supported the idea of integrating and promoting legalized sports betting in its sport to engage and bring in new fans simultaneously is NASCAR. Not only can sports betting be a way to better the fan experience, but it can also be an effective tool for leagues and organizations to acquire new fans and grow. “The big slice of the pie is the people who are not watching NASCAR but who may be betting on other sports, and introducing them to in-race odds or educating them on how NASCAR betting is different from other sports,” said NASCAR’s Managing Director of Sports Betting, Joseph Solosky. “[We are interested] in getting them to bet on the sport and then watch the sport and then hopefully go to a race where we can acquire them as fans.”

A primary goal for teams and organizations is to incorporate new ways to engage current fans while bringing in new ones. One reason why betting, in general, is so popular, is that it inherently possesses gamified features which greatly appeal to consumers. Sports betting is a rare medium of engaging fans; it enhances the fan experience with an additional gamified viewing experience, while also bringing in additional fans and viewers, as referenced in my earlier example with the Atlanta Hawks. Another simple way to phrase it is that money will attract and retain viewers’ attention. Sports betting keeps fans engaged and more excited to interact with their teams, as fans become more motivated to attend events in-person as well as just watching games in their entirety. Simply getting fans to watch the entire event is a positive, as it allows teams to present their full, intended fan experience to their viewers, whereas it is highly possible fans may miss out on the true fan experience if they are casually or periodically viewing the game.

One example of a current method being used to engage fans is Bleacher Report’s Perfect Picks. It has become a popular feature that allows fans to “bet on” scores and players for upcoming games for a chance to split a pool of money; for instance, fans can predict the outcome of fights on a UFC Title Card, or predict the outcome and performances of players on their favorite basketball team before a playoff game. This adds another reason for fans and viewers to be engaged with the event and helps teams and organizations identify active fans who are eager to interact with their sport and event.

With the support of state and federal governments, many teams are beginning to implement sports betting at their venues, to attract fans to their events while also creating a unique fan experience for them. A few examples include the Washington Nationals and BetMGM opening up the first in-park sportsbook in an MLB stadium this summer, the Chicago Cubs partnering to open a sportsbook near famed Wrigley Field, and the Maryland State government in the initial stages of approving on-site sports betting to generate more revenue and enhance the experience for fans who are patrons of the state’s teams.

The prominence of sports betting is being displayed through a rise in betting activity, the growth of generated revenue, the continuous approval on the legislative level, and public support from the commissioners and leading figures of well-known sports leagues. As its popularity and support continue to grow, legalized sports betting is going to play a massive role in a new wave of fan interaction and engagement with the sports and teams they love. 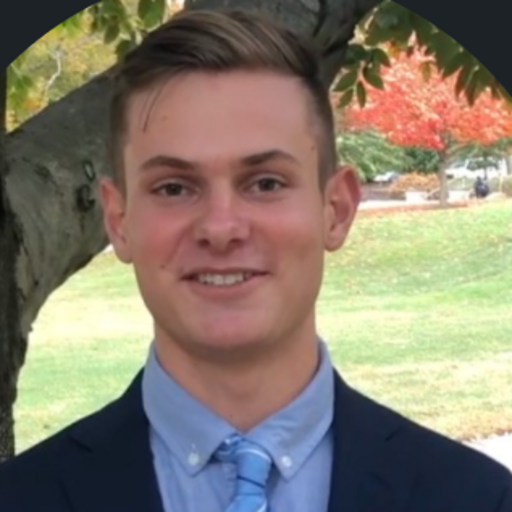