How to Enhance Your Fans Experience?

Let them feel they are part of your team. How to do it? Continue reading

Enhancing the fan experience is nothing new to team marketers. In Sports Management 101, students are taught that while the business office can have no control over the team performance, it can control the fan experience. At the end of the season, half the teams will be above average and half the teams will be below average (excluding those that may finish exactly average). If a team had to rely purely on athlete performance to generate revenue, presumably at least half the teams would be in dire straits. But, obviously, this is not the case. Teams spend a significant amount of their energies that fans have a great time even if the team loses.

Perhaps no one knew this better than former Milwaukee Brewers (Triple-A), Cleveland Indians, St. Louis Browns, and Chicago White Sox owner Bill Veeck, who can be credited with launching the “experience” approach to hosting a professional sports game. Veeck’s antics ranged from giving away live animals, hiring a clown as coach, signing 3’7” Eddie Gaedel and much more. Veeck’s innovations have stood the test of time; while teams will, clearly, not go to such extremes, they will continue to think of new ways to enhance the experience for their fans.

Being part of the story

The primary challenge with almost all in-stadium promotions is that they engage just one lucky fan at a time. How many times have we seen one fan - decked out in team gear - be offered a chance of a prize if he or she can correctly answer some trivia questions? We’ve seen fans race on the field, attempt to hit half-court shots, dance on the camera, etc. While perhaps somewhat entertaining to the other fans, it still leaves the vast majority of the stadium fans excluded from the story. And if there’s one thing fans appreciate above all else, it’s being part of the story.

Fortunately, modern technology has allowed for solutions to be generated and, in this era, teams can leverage the tech that all fans carry in their pockets: the mobile phone. Phones can be used to allow fans to participate in contests and games right from their seats.

While there are a myriad of tech companies in this space, Pico provides an exceptionally unique value proposal. First, it allows for fans to engage with a plethora of games - including trivia, polling, matching games, scratch-offs, spin-the-wheels and more - without the need to change their user behavior. They can simply engage via the channels they are already using to talk to their friends such as Facebook Messenger, Twitter DM, Weibo, a team’s mobile app, and even on websites, as you will see after clicking this button

Pico’s technology allows for real-time interaction with the video board (and/or the live TV/OTT broadcast). As fans respond to a poll, the results can be displayed. A voting fan’s profile picture can even pop up briefly as he or she plays (with filtering in place). One fan’s phone can be easily be broadcast on the big screen as she plays one of Pico’s many games, while all other fans in the arena compete against her and a leader board shows who’s doing best.

There’s no better way to engage every fan than by allowing them to participate. Engagement is, obviously, a top priority, but engagement just for engagement's sake is a wasted opportunity. Engagement alone can’t tell a team’s marketers anything about their fan-base. The solution is to leverage engagement to capture declared data and drive conversions. But that’s a story for another blog post. 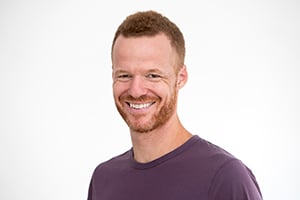 VP of Marketing at Pico, his passion for technology, marketing and sports led him to discover #SportsTech and become a huge fan.