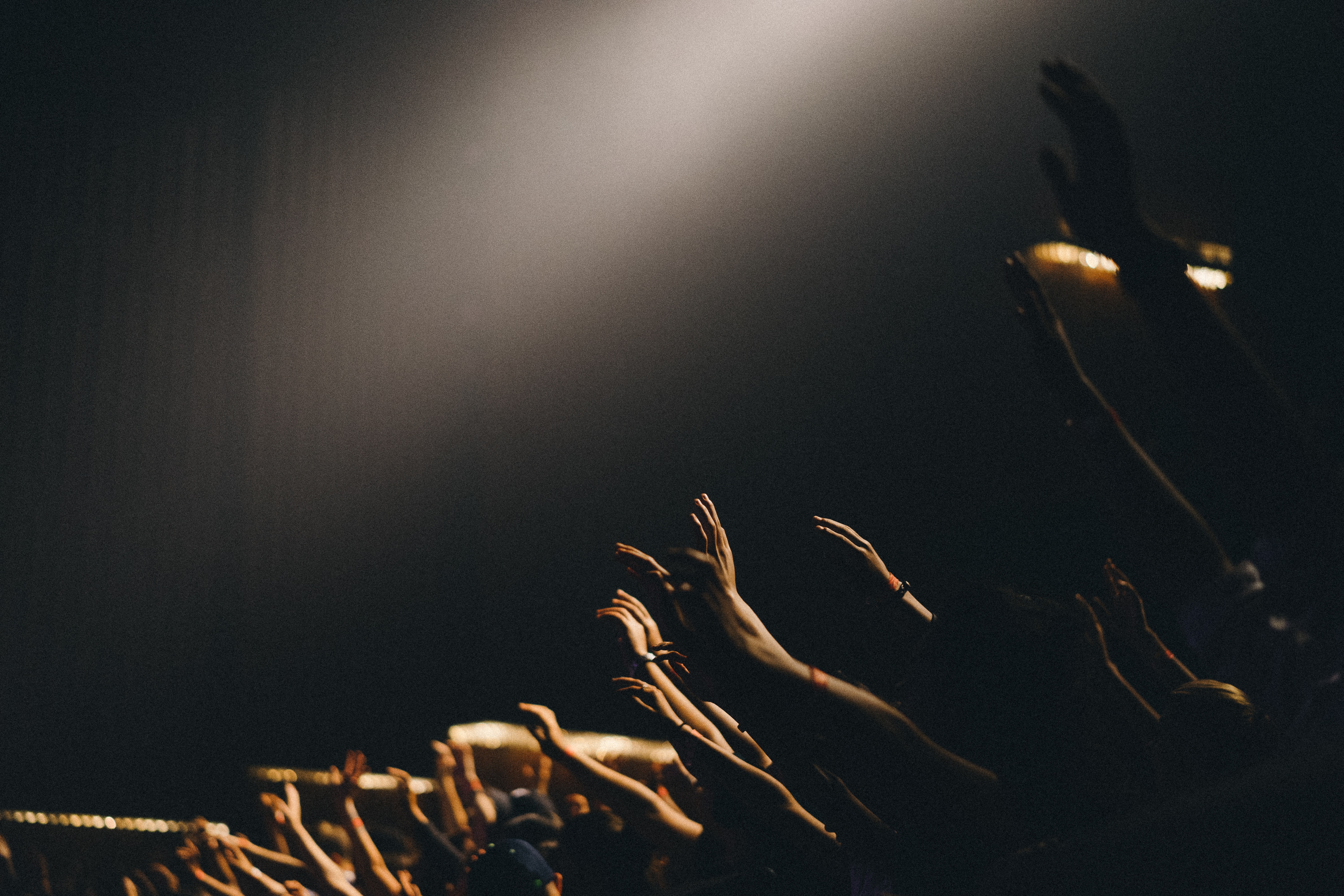 July 23, 2019 4:24 PM
The Manhattan Manatees post a “Tuesday Trivia” to Facebook and Twitter, using Pico’s platform to generate a 1:1 conversation. X is scrolling through X’s newsfeed and lo-and-behold, the Tuesday Trivia shows up. X is excited to play and demonstrate some Manatees fan-power. And who knows, maybe X will win a pair of tickets through the Pico and Manatee partnership.

So X clicks on the link…. BAM!

X has now become Will Jones. Will Jones is Male, English speaking and lives in the United States. Is there more

we want to know about Will? There is and, fortunately, the Manatees have asked him, as part of the natural 1:1 flow if he is a season ticket holder. He is not - not yet, at least. As an aside, Will gets 2 out of 3 questions correct. He’s confident he’ll ace it next time.
Click Here For Full Infographic

Despite not answering all three correctly, he’s still entered to win a seat from the old stadium (the Manatees were feeling generous when they established the contest rules). When asked to provide his email address, Will quickly obliges. And now, the Manatees can use his email as a unique identity identified within their CRM.

July 30, 2019 10:10 AM
It’s Tuesday. Do you know what that means? Tuesday Trivia! This week, Will is already on the lookout and jumps at the activation as soon as he sees the Manatees have posted it. After answering a few questions (amped up, he successfully answers all three correctly!), Will is asked how many games he plans on attending this coming season. He lets the Manatees know… just 1 game. Just one? We’ll find out why soon enough.

July 31, 2019 1:49 PM
Will is scrolling through his Twitter feed and sees an interesting post from the Manatees. With the first pre-season game just days away, the Manatees are offering fans a chance to “Spin-the-Wheel” to win a pair of seats to the game. Of course, Will is eager to try his luck. But luck is not on his side as he lands on the big X. Oh well. The Manatees then ask Will "What type of fan are you?" Will lets them know that he’s a college student. Which likely explains why he only plans to attend one game… (Manatees tickets aren’t cheap!).

But wait… the Manatees quickly send Will an instant “college ticket offer” to the pre-season game they are eager to fill. For 25% off, the offer is too good to turn down. Will quickly takes advantage and purchases two seats. This could be the perfect opportunity to ask Lisa out. (Sadly, she was already going with Chris). 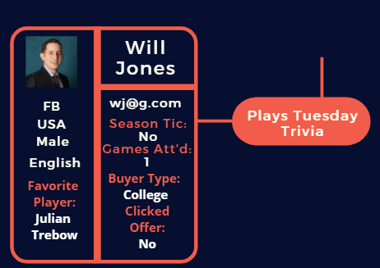 During a break in the action, the Manatees are challenging fans to play a memory game sponsored by Grilling Gary’s Gooey Grill. Some lucky fan’s phone is even being broadcast onto the big screen.

If he can match the most Manatees players and Gooey Grill menu items - in the fastest time - he can win an autographed football! But, luck is not on Will’s side and, alas, he is not the fastest (matching only 2 pairs didn’t help his case either). He does however, let the Manatees know that he owns merchandise and his favorite player is Julian Trembow.

But wait… as a consolation, the Manatees offer him a 10% coupon at Gooey Grill. Maybe luck is on his side!

August 6, 2019 11:01 AM
As the season gets ready to kick-off, the Manatees marketing department is working with their merchandise department in trying to get rid of last season’s inventory. The merchandise office has an excess of Julian Trembow jerseys that they’d love to get rid of.

The marketing department knows just what to do! They first segment out all male fans that indicated Trembow was their favorite player. This filter leaves about 20,000 fans. To get even more specific, they filter it down to just those that already own merchandise, assuming that they will be more likely to purchase; this leaves about 8,000. They quickly send out a "Spin-the-Wheel" activation that is set to have 100 lucky fans win a free jersey.

The activation gets pushed out to the segmented audience and Will is thrilled to receive it! Of course, he sees it right away as it shows up in Facebook Messenger. He quickly plays, but to his great chagrin, he is not a winner. But wait! The Manatees don’t let him off the hook that easily. He’s offered a consolation prize of a 20% discount. Does he buy it? What do you think?

While the above story is fictitious, it  is based on an actual fan profile that was captured this past summer for one of Pico’s NFL partners. It demonstrates the power of 1:1 communication and, importantly, conveys how to collect declared data in a conversational, natural format. Notice how the “Manatees’ utilized progressive profiling to continue to collect information and build out “Will’s” database profile. With each interaction, he ends up providing more and more details. Once a specific detail is captured, he is not asked about it again (so had he missed the second Tuesday Trivia, he could have been asked about his planned game attendance at a later point). What’s also critical is the ability to easily leverage the data to target messaging to the right fans, at the right time, with the right offer, and on the right channel.

Want to See Pico In Action? Click to Start!

Quinton graduated from Boston College with a Bachelors in Finance and a Master in Business Administration before playing in the NFL as a Houston Texans and Carolina Panthers quarterback for 2 seasons. He finished his football career after 5 season with the CFL's Hamilton Tigercats in 2013 and entered the business for Zoomph, a Social Media tech start-up, where he was head of Sales for 5 years. After a brief stint in Performance Marketing with PCH Media, he joined Pico as VP of North America to expand operations in the States.