Fans are Not One Anonymous Mass

Sold out arenas melt individual fans together into a unified sea of enthusiastic spectators. Every face blurs into the next and the stadium becomes one anonymous mass that shares in the support of their team. Even if every person in the stadium is rooting for the same team, cheering on the same players, the fans are not all the same: their level of commitment to the team may vary, the age range among them is vast, they may be lifelong hometown fans or new supporters from across the globe. Far too often, sports teams only acknowledge the people that fill their stadiums by their general status as a “fan,” neglecting the many other characteristics that define them. This confines marketing teams to targeting every fan as if they are exactly the same, using the most traditional methods of advertising and providing fans solely with necessary information required to get tickets. Filling stadiums has been the sole metric for categorizing fans for far too long. Amid the coronavirus pandemic, stadiums sit empty and quiet, yet fan engagement continues on. The ways in which athletes, sports leagues, and sports marketers have had to engage fans in the absence of live games has brought to light the importance of putting faces to the once blurred masses.

Athletes and fans alike are spending significantly more time online right now than they usually would during a normal season: with most of the world at home, a report found that 44% of people are spending more time on social platforms. While athletes and their fans are missing the physical closeness a packed stadium brings them, the opportunity to build more intimate connections now exists on digital platforms. The NHL has begun hosting live player Q&A sessions every weekday at 3pm ET on the league’s Twitter and Instagram accounts. Players respond to questions submitted by fans and fans get to watch their favorite players respond in real time. These kinds of programs allow teams and their fans to communicate and connect with one other beyond the field.

Your Favorite Athlete is A Real Person

Despite the ongoing COVID-19 pandemic, fans were able to watch Formula 1 races and see their favorite drivers battle it out online. When the series concluded in June, F1 reported that it had attracted a total of 30 million views across its various platforms, with 21.8 million of these views coming via digital channels. Although the event drew in large crowds, its digital format publicized small, personal moments that would otherwise be drowned out by crowd cheers at a live stadium game. During the Virtual Monaco Grand Prix, a conversation between Red Bull’s Max Verstappen and McLaren’s Lando Norris went viral due to fans’ appreciation for the behind-the-scenes look at their friendship: “It shows these guys in the light they should be shown, and maybe in a way we’ve traditionally struggled with. They’re all real, interesting, authentic characters and we have a diverse set of drivers in terms of the markets and backgrounds that they come from. I think increasingly, younger fans especially are attracted to authenticity of character and big personalities, so it’s important for us to provide them with more access to that.” Audiences get an inside look not only into how the players play the game, but also how they interact with each other as regular people.

Athletes are also utilizing this digital technology as a way to connect with their fans during esports games. 2018 AL CY Young Award winner Blake Snell is one of a handful of athletes who regularly takes time in between games to interact with fans in a chat-style setting. When one fan thanks Snell for hosting these streams during this time, the appreciation was mutual: “I need ya’ll just as much as you need me,” Snell said.

Due to social distancing, fans are showing their support symbolically and from afar. At a time of such isolation and social longing, fans yearn for the simpler times they were back in their favorite arena. Because fans cannot physically cheer in stadiums, teams are offering a solution: fans can purchase life-sized cardboard cutouts of themselves that will be placed in stadium seats during live games. This project allows fans to feel as though they are back there, if only in spirit, and continues to bring the sports community together in the face of uncertain times and a cancelled season. There is a reason home teams hold such an advantage: fans feed players. This gesture honors the spirit and electricity passionate fans bring to the teams they support. Prices range from $40-129, depending on the team and seating location involved, with funds typically earmarked for local charities. The Giants, however, will offer the cutouts for free to season ticket holders if they roll over funds to the 2021 season. The immense popularity of these cut-outs reveals how important personalization is to the fan experience. From afar, the sea of cardboard cut-outs filling the stadium seats may blur together into an anonymous mass, but each cut-out represents a fan who valued their  individual presence at each live game.

When it becomes safe for stadiums to open their doors to the public, does it mean individual fan faces will fade into the stands again? The answer is no: there can be a new fan experience that is different, but equally as engaging. A fan experience that better identifies fans and fosters more personalized connections between players and their audience. With Pico’s help, teams can get to know their fans not only as fans, but as people, which will help teams personalize their fan engagement strategies and improve the experience not only outside the stadium but only inside, once stadiums allow audiences inside. 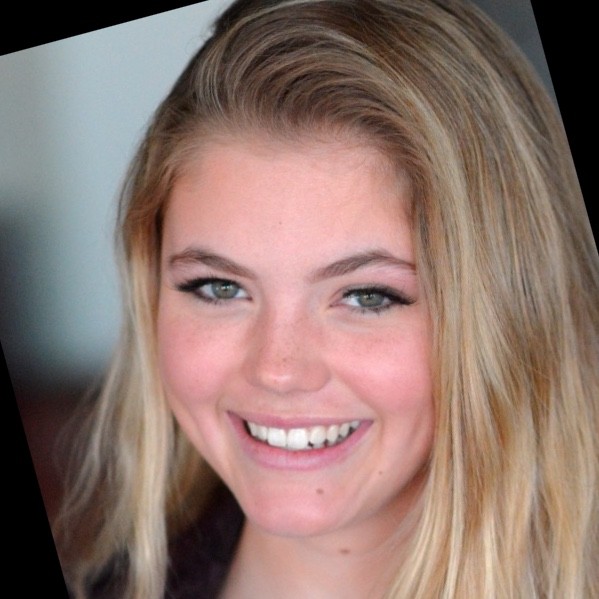 A sophomore at Northwestern University, pursuing majors in Theater and Psychology, a minor in Entrepreneurship, and Integrated Marketing Communications.