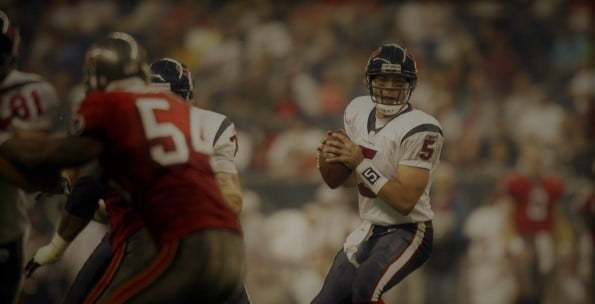 Pico is pleased to welcome Quinton Porter as Vice President, North America. After an 8 year professional football career in the NFL and CFL - where he played for the Houston Texans, Carolina Panthers, Hamilton Tiger-Cats and Montreal Alouettes - Porter joined the business world where he oversaw business developments and partnerships at Zoomph.

At Pico, Porter is responsible for the continued growth of partnerships within North America.

He holds both a bachelors and an MBA from Boston College, where he was also the starting QB for the Eagles. He resides in Portland, Maine with his wife and three children.

1. What are your goals as the VP of North America?

My immediate goal is to make Pico the next big thing sports and entertainment marketers talk about, and to build a team of experts around me to help bring our technology to as many teams as possible. My goal over the next year or two is to have at least half the teams in each of the major leagues using Pico in some way.

2. What most excites you about working for Pico?

I'm fired up about how we're turning the tide back to teams owning the data on their fans, so they can create better experiences and build better relationships with them personally. It feels like I'm part of a revolution to reclaim the connection people used to have with their favorite teams before it became all about building follower counts and engagement metrics.

Some teams aren't even aware of a problem they have: That they have no idea who 80%-90% of their fans are! So it's really exciting to come to them with Pico and be able to help them close that gap so they can better target and personalize communication with each fan.

3. What aspect of the job do you most enjoy thus far?

I like the challenge. Any disruptive technology like this comes with challenges in terms of changing people's mindsets. I like it when I can get through to someone who realizes that the pain of "same" is worse than the pain of "change". I'm enjoying bringing something new like this to the US market, and seeing the instant impact it has on our clients' business.

4. When you were a kid, what job did you aspire for?

NFL quarterback of course! I couldn't think about anything else.

5. What would people be surprised to discover about you?

Hmm... I bet, it would surprise people to know that a former jock knows every lyric to every Bob Dylan song. That's a lot of songs!

Want to chat with Quinton on digital activations for your fans? Set a time with him today:

Josh Jacoby serves as Pico's Director of Business Development & Marketing. He previously worked in marketing partnerships for The Madison Square Garden Company. Josh holds a BA from Yeshiva University, a MBA from NYU's Stern School of Business and a MS in Sports Management from Columbia University.