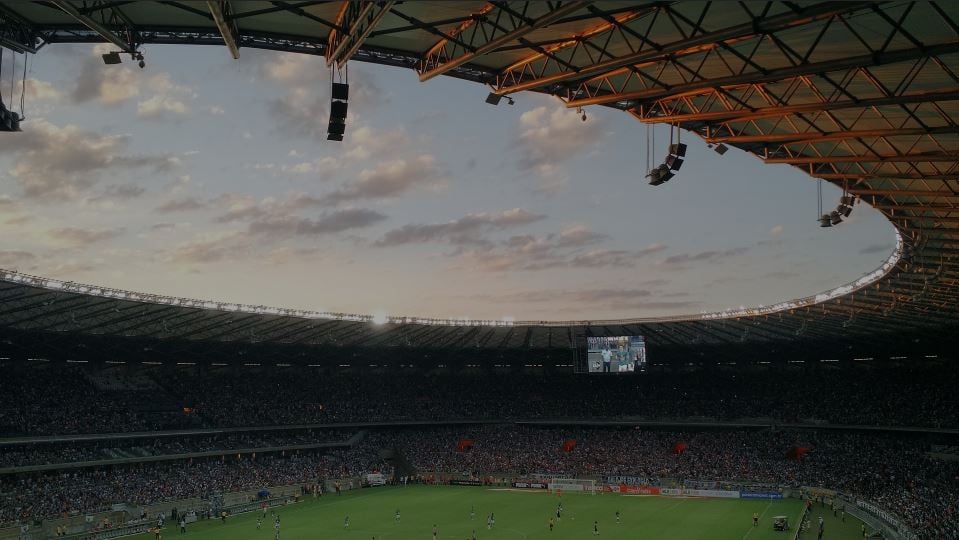 And while the memes are funny and provide some temporary comic-relief and a feeling of togetherness, we miss our sports! Damn!

As fans, there’s nothing better than being engaged by your team. How great does it feel when you’re at a game and your seat is the one chosen for a lightning round of trivia, or if you’re lucky, a dunking contest. As a fan you feel engaged and acknowledged. The same goes for digital strategies for your fans. When you make that connection, digitally or not, your fan can still feel that excitement and acknowledgment. But in today’s times, where we are all staying home to #flattenthecurve, there’s only so much that can be done to actually engage that fan and give them a unique fan experience with both sides are stuck at home.

Attempting to enhance the Fan Experience is not something new. Whether through smart-arenas or digital activations, the industry and its leagues are dedicated to their fans and ensuring an always positive experience.

During these unprecedented times, the sports community is doing its part to uplift fans on a global level. That also includes engaging their digital fans to let them know that even throughout all of this uncertainty, they are there for them.

The following innovative sports teams and clubs have all launched digital activations within the last few weeks that have allowed for true 1:1 communications with their (digital) fans. They have recognized the importance of building, creating and fostering digital relationships with their fans, especially during these unprecedented times when hardly any physical sports are taking place. Through these activations they have managed to reach new benchmarks of fan engagement while maintaining social distancing.

Borussia Dortmund from the Bundesliga, is known for its huge global fanbase. When it was first announced that the season would be played behind closed doors without any fans, they immediately sprung into action with Pico to find a way for fans to still participate in the action. Then, when closed door games turned into season cancellations, they quickly rethought their strategy and launched with Pico a daily #StayHome challenge, that involved fun memory and trivia games of past players or games.

Here’s an example of what that activation looked like with the “Swipe Up” feature on Instagram from Dortmund’s story:

The Vancouver Canucks of the NHL launched a timed memory game activation from their Facebook page. The player to make the most matches in the fastest amount of time had an opportunity to win a signed Petterson jersey. This specific digital activation saw over 3,000 Canucks fans with a 93% completion rate. This type of communication and fan engagement, especially during such a trying time, only builds your fan base in a positive and connected way. 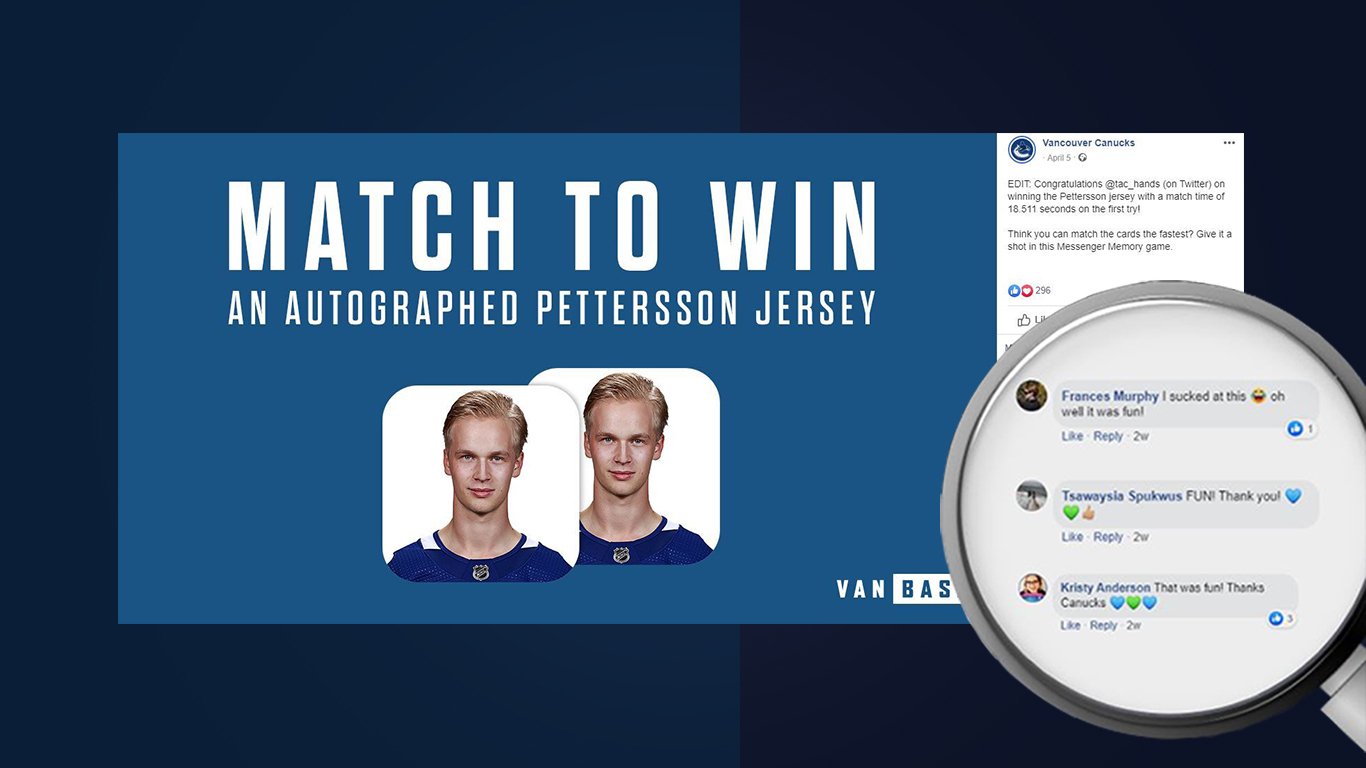 The Sacramento Kings took to Twitter to auction off a signed Harry Giles jersey in a unique way. All fans had to do was reply to the post with their favorite local restaurant and reasons why they love it. Not only is it that simple but it also allows for local businesses to get free PR in a time when the future of the restaurant industry is uncertain. This method was so simple even Giles himself asked “That’s all you gotta do?!”  All in all, the Sacramento Kings were able to bring some comfort to their local community in an authentic way.

Who wants this autographed @HGiiizzle jersey? 👀

All you have to do is reply with your favorite local restaurant and why you love it. We’ll pick a winner later this week! #InThisTogether #NBATogether pic.twitter.com/8stvqeDANZ

The Winnipeg Blue Bombers of the Canadian Football League proudly launched a voting activation for a new t-shirt design. After the t-shirt design was voted on and tallied, all proceeds from the actual sale are to be donated to Winnipeg Harvest, a not-for-profit organization that collects and shares surplus food with people who are hungry and in need. The Bombers let their fans’ voices be heard and even had a lucky winner receive the winning design. 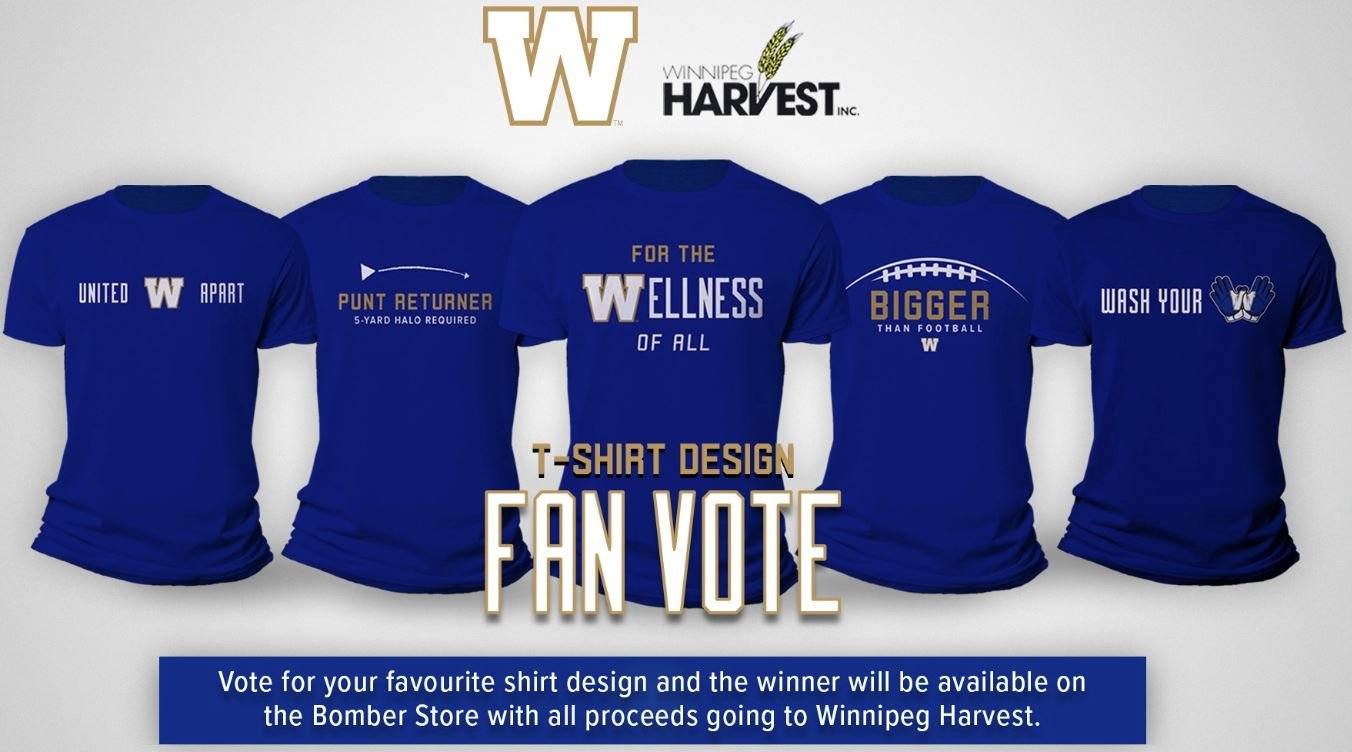 It’s crucial now more than ever to tap into your digital engagement to maintain your fan relationships, and even build new ones along the way. Launching a digital activation with Pico brings forward the opportunity to take fan engagement to the next level and reach new performance benchmarks with your digital fanbase. Digital activations are important for teams and organizations especially now but also in general as they keep your fans engaged, part of the conversation, and help in the digital transformations of teams’ databases.

Marketing Manager at Pico. Hailing from the East Coast, with a passion for all things tech, marketing, and sports